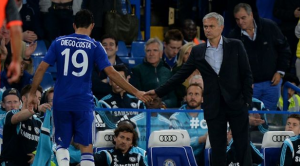 Futures are a great long-term investment that can offer big payouts for little money down. They give you something to cheer for season long, and from a betting standpoint, various hedging opportunities often open up down the road.

The European soccer season is just getting under way and with the Premier League kicking off tomorrow, we’re presented with some great futures betting on this league.

You’ll be hard pressed to find many pundits choosing outside of the defending champs City, or Arsenal or Chelsea to win the title this year. And the betting markets reflect that. The odds to win outright for these three are:

Arsenal actually does offer some slight value here, but Chelsea and City would offer little gain, for the long-term wait. And actually, snuggled in between as the third most favoured side is Manchester United at +450. Though they should be improved, we’re not convinced they’re ready to sit atop the summit.

So if you’re feeling a bit riskier, how about grouping some of these teams into a Tricast bet to correctly predict the order of the top three teams.

We like the bet that sees Chelsea come first, followed by City, and then Arsenal. This pays out 18-1 odds.

Chelsea had the title within their grasps last season before a few late losses to lesser competition. Now in his second year with the club, Mourinho has had time to work out the kinks and add some of his own players like David Luiz, Cesc Fabregas and Diego Costa. City will surely still be in the mix and could very likely repeat as champions, but how motivated will they be to do so? They were not up to the task after their last title. Arsenal has also added some new pieces and with some players returning from injury they should also be a force near the top.

An alternative bet which offers even more value if you’re an Arsenal believer would be a Tricast of Chelsea, Arsenal, City, which pays out at 28-1.

Obviously these are just two options, both featuring Chelsea as winners, with many other combinations available which pay even greater dividends.

The second futures bet we’ll look at is the Points Total market. This is a simple over/under type bet predicting how many points each team will finish with. What’s great about this market, is that it allows you to combine various team selections into one ticket, whereas several other markets will not.

Let’s take a look at a ticket we just completed.

The offseason in the Premier League saw many of the rich get richer and some of the poor or mediocre lose a step. Teams like Chelsea, Arsenal and Man U have gotten stronger, while City, Everton and Tottenham look to be about no worse for wear. Then of course there is Liverpool who lost Saurez, but were able to use his transfer fee to restock with a handful or serviceable bodies. Unfortunately for a middle of the pack team like Southampton, a good number of those players came from them, leaving manager Ronald Koeman desperately low on options going into this season. Then of course there was last year’s surprise club, Crystal Palace, who two days before the season saw manager Tony Pulis step down over a lack of financial backing from the team.

What does all this mean for Points Totals bet? Read on for a summary of our 4 predictions.

Over the past three years Chelsea has been steadily rising up the standings finishing with 64, 75, 82 points. Last year 82 points was good enough for third in the BPL. We’re high on Chelsea coming out on top this year and the first place team has finished with 86, 89 and 89 points the past three years. With a full year under his belt with the squad, some new pieces and assuming they don’t cough up some late easy games again, asking them to finish two points higher this season seems well within the realm of possibility.

The Gunners finished with 79 points last year and many believe them to be improved this season with the signing of Alexis Sanchez. Let’s not forget they sat atop the league for a better portion of the year until tailing off in the second half.  To finish under 76 points would mean they’d have to regress, and we just don’t see it.

This one could be a nail biter down to the final couple games of the year, but we feel it’s a good bet. After the top seven teams, things are pretty wide open. Almost anyone could finish as high as 8-10th, or as long as the drop zone. This season we have five teams in top flight action who are newly promoted or who have only been up for one season. The accomplishments of Hull and Crystal Palace were incredible last year, but Hull barely hung on and CP is now managerless. The relegation battle was wide open last year and that could likely repeat. Meaning, many points should be up for grabs for some of the B tier teams like Stoke, Newcastle and Swansea.

Stoke look fresh under Mark Hughes and have been impressive in their preseason. Bojan Krkic (three goals in three preseason games) has joined from Barcelona along with the additions of Phil Bardsley, Steve Sidwell and Mame Diouf. This added experience should help them navigate the middle of the table quite well.

Stoke hit 50 points last year which was something they haven’t done in some time, and we think they’ll keep building off of last year’s success.

After Burnley, Crystal Palace and QPR, West Brom are the fourth most favoured team to suffer relegation in 2014/15 at +225. After 49 points in 2012/13, they plummeted to 36 last season and 17th place. Things seems to be unraveling in West Brom and they should be in a relegation battle for most of the season. However with this bet, we don’t need them to actually be relegated, only to not perform any better than they did last season. Last season they finished tied with Cardiff for the least wins (7) and went through two managers. In comes Alan Irvine as head coach this year, who has no Premier League experience. He’ll inherit a team that struggled to score last year and begins the year with several injuries to worry about. If this bet comes down to the wire, we’ll be in a good spot as they finish the season with matches against Liverpool, Arsenal, Man U, Newcastle and Chelsea.

By grouping these four selections together you can create a bet that pays out in the 23-1 range.

All odds courtesy of Bet365