We’ve broken down each matchup in Week 6 in various statistically categories while also highlighting any areas where one team may hold a significant advantage. For the purposes of this chart that is defined by a difference in ranking between two teams that amounts to more than 10 ranking spots, ie 2nd rushing attack vs 14th rushing defence, etc.

We’ve also given some Quick hits below the chart summarizing these findings. 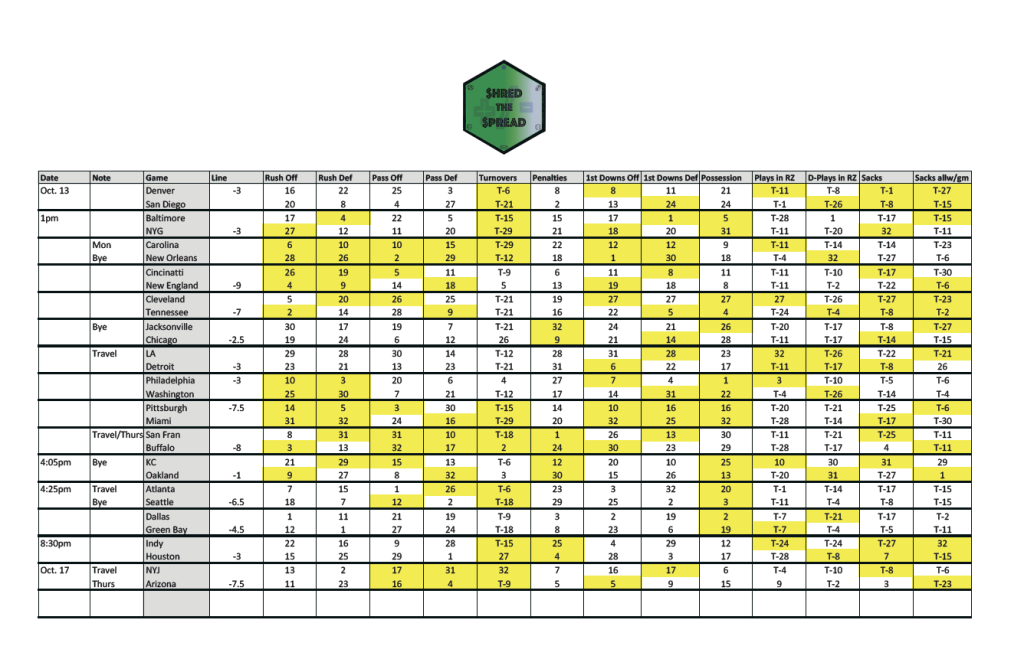