After a successful winning pick on the Stamps last night we’ll dig into the CFL’s other three match ups this weekend.

Someone will have to win this game and end their current losing streak. The Esks arrive in Hamilton off two losses to the Stamps, while Hamilton dropped back-to-back decisions to the Argos, which extended their losing streak to five games. Some new pieces have been brought in on defense for the Cats which could help, but they’ll need time to work their way into the team. The Cats’ offense has been strong, but Burris has shown a knack for throwing untimely INTs of late, which could be a problem against this stout Eskimo D.

Eskies keep this one close and could pull off the upset. 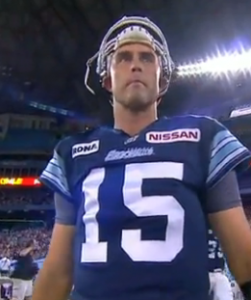 The CFL’s top two teams clash in a rematch of an earlier 18-7 win by the Lions back on August 6. The Boatmen have looked real strong lately in dismantling the Ti-Cats, but will face a much stiffer test at BC Place against a Lions team that is 4-1 at home and just held the Als’ Anthony Calvillo to a paltry 152 yards a week ago. BC gets WR Geroy Simon back this week, has already beat Toronto once, on the road by nine, and now are playing as home favs at only -7, with the Argos playing without star RB Chad Kackert. In his place will be rookie Gerald Riggs Jr. who hasn’t started a game since 2007. Argos have Als on deck next week and could be in a letdown spot.

With Riders QB Darian Durant nursing an injury, the starting QB will be a game-time decision between he and backup Drew Wily. No matter the selection, Riders could be in tough vs. an Alouette team stinging off an embarrassing 43-10 loss to the Lions last week. Saskatchewan was lucky come away with a win last week vs. the Bombers via a questionable coaching call by Winnipeg in the dying seconds.

Not that the Riders have been one of the league’s best, but a closer look at their 5-5 record shows they could be lucky to be sitting at .500. Three of their five wins came in the first three weeks, where they beat the Ti-Cats who have struggled, the Eskimos who only managed a single point in that game, and the BC Lions. They then went on to lose five straight games before getting healthy in two games against the Bombers, a 52-0 blowout and the previously mentioned lucky 25-24 win last week.

That means they’ve only beat one team with a winning record all year and their wins have come against teams with a combined 17-24 record. Montreal is 401 at home and have taken seven of the past 10 games between the teams. Als in a rout.