A couple selections from some smaller leagues today.

Two bottom feeding teams in the Eastern Conference square off this afternoon, but FC Montreal is at least in their best form of the season. Montreal sit alone in the basement of both the Eastern Conference and the league as a whole and have only won five games all year, however three of those wins have come in their past three games where they have outscored their opposition 10-4.

TFC 2 is only slightly better than Montreal on the year ranekd 12th in the East vs. Montreal (14th). They have only one win their last six, and have been outscored 4-1 in their last three games, all losses. They have dropped their past two home games in 1-0 defeats. TFC 2 also come into this match having played on Wednesday, so may be a bit more tired than FC Montreal who have been off since last Sunday. 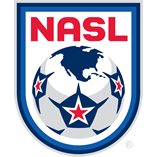 Winning on the road is tough in any league, but Puerto Rico will be making their longest trip of the season, flying 5600km to Edmonton, Alberta for today’s match. Puerto Rico sit rooted at the bottom of the NASL standings with seven points in 10 games in the Fall Season, while Edmonton are challenging for first place with 22 points in nine games in second. Edmonton are riding a five-game winning streak where they have outscored their opponents 6-1, including a 1-0 win in Puerto Rico on August 6th.

Edmonton to keep the winning going at -333.