Betting Diaries of the #Coronapocolypse: Weekend 1

The 2020 Major League Soccer season is just one week away. To prepare for the season ahead, I’ve compiled 58 pages of team news, notes, stats and betting angles to consider throughout the season. We …

ATS Pick of the Week Kansas City Chiefs -6.5 @ Detroit Lions The Westgate Superbook had KC listed as -4.5 favorites last week in the Week 4 look-ahead lines. Despite wins from both KC and …

By Ryan Métivier   Last time I released my plays in text format they were the most successful. So since we did not release a show again this week I’ll try it again.   Bet …

Miami enters the storm in OKC 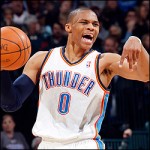 Not too surprising, two of the top teams in the league meet up tonight for in the NBA Finals. Each team was dominant at home throughout the season, Miami (28-5) OKC (26-7). The Heat posted a record of slightly over .500 on the road during the season at 18-15 and that trend has continued in the playoffs with a 4-4 record on the road.

The Thunder have only lost a total of three times throughout the whole playoffs, sweeping the Mavs, rolling over the Lakers in five and winning in six to the Spurs. All three of those losses came on the road, so if OKC has a weakness to exploit it may be there. They are a perfect 8-0 at home.

These teams met twice in the regular season, with OKC thumping the heat 103-87 at home, and Miami coming out on top 98-93 in their building.

Each team should also be coming off the high of playing comeback in their previous series, with the Heat jumping out to a 2-0 lead to the Celtics, then dropping their next three, before winning in convincing fashion the following two games to take the series in seven.

OKC went the opposite route, falling into an early 2-0 hole, but stormed back with four straight wins over the Spurs to stop San Antonio’s 20 game winning streak and give the Thunder a ticket to the finals.

If you’d bet OKC at any point this season to win the championship, now would be good time to hedge with the Heat, as they are still priced at +150 to win it all, while OKC is locked in as the favourite as -170.

Heat offer some great value on the ML, though great possibility OKC comes out strong and early and you could see that number rise. Miami definitely has the firepower though keep it close, come back and take a lead at some point in the game.

We’re calling an OKC win for game one and in the series, given the home court advantage, and a deeper bench, but for game one, our strategy will be to hope for an early start from OKC, bet Miami at an even larger underdog price, then wait for the ebb and flow of the game to fall in Miami’s favour and take the Thunder at something less than their -5 line right now.

Finding the value in Euro Cup Group A

Even though they both come in ranked in the bottom half of their group, the smart money may be on the Czechs and Greeks to take this group. In what’s probably the most wide-open group, getting 4-1 and 5-1 odds respectively definitely offers some value.

Greece is actually ranked a respectable 14th in the FIFA rankings, have a stingy defence and won’t be facing any powerhouse offensive teams in Group A that they will have to match goals with.

The highest ranked team in the division, the Russians (11) may seem like an easy bet, however with aging veterans and low odds, we’ll take out chances on a couple dogs.

Remember, with a handful of clear favourites in this tournament that everyone will be betting on, the goal is to find some value elsewhere if possible. With these odds on Czech Republic and Greece, there leaves a potential hedging opportunity down the road to at least break-even and bet Russia or Poland if they get hot out of the gate. 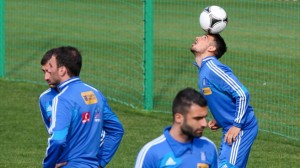 Welcome to Shred the Spread!

Welcome to the exciting launch of shredthespread.com – a blog dedicated to providing sports news, tips and advice from a betting perspective.